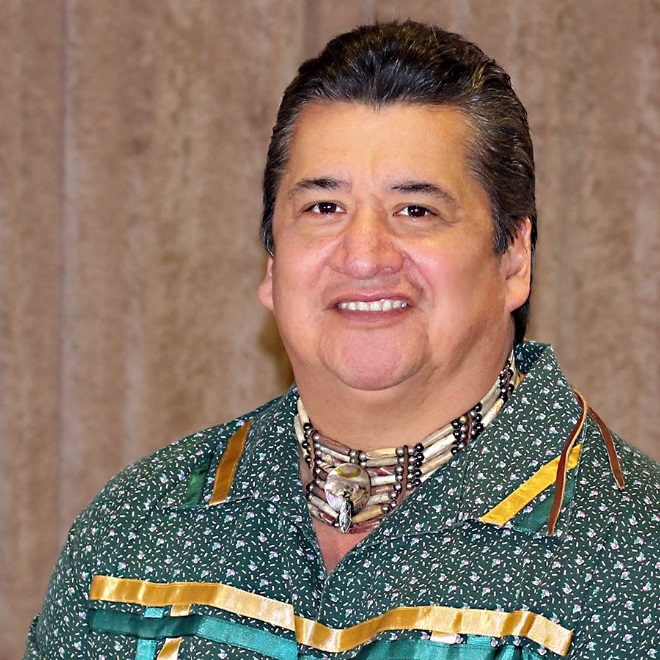 R. Stacey Laforme is the elected Chief of the Mississaugas of the New Credit First Nation (MNCFN). Born and raised on MNCFN, Chief Laforme has served his community for more than 18 years, having been first elected to council in 1999.

Chief Laforme has participated in a number of committees and boards throughout his seven terms. His service as a Councillor included involvement with the MNCFN’s Pan Am Games Secretariat (PAGS), as Chair of the PAGS Committee.

Chief Laforme is committed to increasing involvement and communication between Elected Council and both on and off-reserve membership. He is active throughout MNCFN’s traditional territory, which encompasses 3.9 million acres of Southern Ontario, not only as a Chief but as a notable storyteller and poet.

Chief Laforme has recently been appointed an honorary senior fellow for Massey College, joining the duke of Edinburgh and the Chancellor of Oxford as just the third person to receive the College’s highest honor.