Humans have long been able to affect the environment, but never before on such a scale. We are now altering the Earth’s carbon cycle, which has led to climate change; we have replaced green space and farmland with expanding towns and cities, which has not only resulted in the decline of once common species like monarch butterflies, but has made us more vulnerable to climate change impacts as well — such as catastrophic flooding and extreme heat.

Given our impacts around the planet, Nobel Prize-winning chemist Paul Crutzen has declared that the current geologic period should be called the Anthropocene Epoch to reflect our new status as a global force in driving ecological change.

Join Dr. Faisal Moola in this opening keynote as he addresses the issues of “the Human Age”. 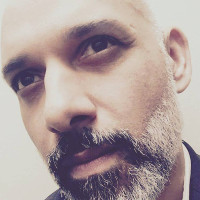 Before joining the University of Guelph, Professor Faisal Moola worked for the David Suzuki Foundation for over 15 years, where he was the organization’s Director General for Ontario and Northern Canada.

Holding a PhD in biology from Dalhousie University, Moola has published widely in scientific journals on the topics of ecology, conservation biology, and environmental policy. He has contributed to a number of significant conservation and sustainability policy outcomes in Canada, including the protection of over 2 million hectares of temperate rainforest in British Columbia, the expansion of the internationally renowned Greenbelt in Ontario, and the creation of Canada’s first Urban National Park on the edge of Toronto.

Moola works closely with a number of First Nations communities in defense of their lands and Treaty Rights, including the Dunne-za and Cree Treaty 8 First Nations in British Columbia, and Grassy Narrows First Nation in Ontario.

Moola is a regular contributor to the Toronto Star, Vancouver Sun, Globe and Mail, CBC and other media outlets as an opinion writer and political analyst on conservation, Indigenous Rights and other environmental and social issues.