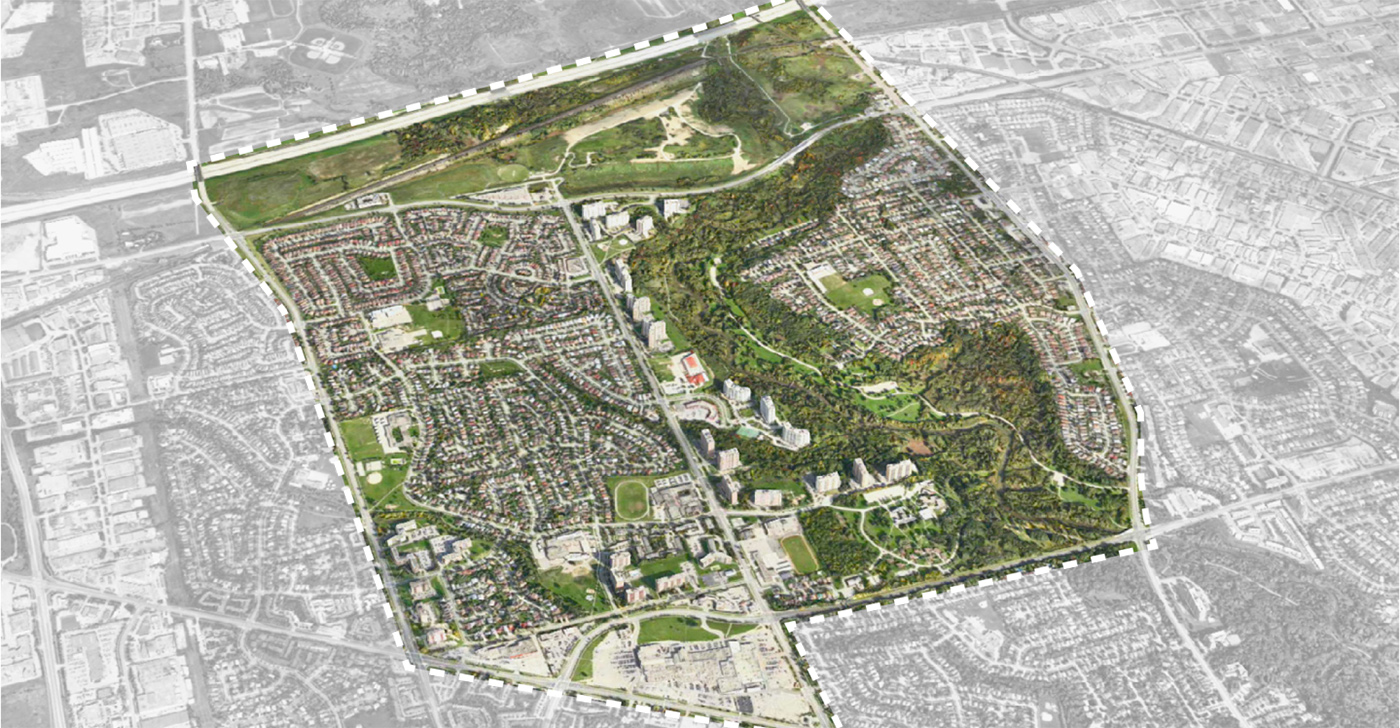 Towers on the Ravine, 1967-2067: Transitioning to Net-Positive Biophilic Urbanism

Our thanks to all who took part in the 2017 student design ideas competition. Jury members were impressed by the high quality of the proposals, especially given the time constraints and the complexity of the design brief. All of the proposals featured outstanding ideas and graphics presentations, and provoked a critical dialogue among the jurors. 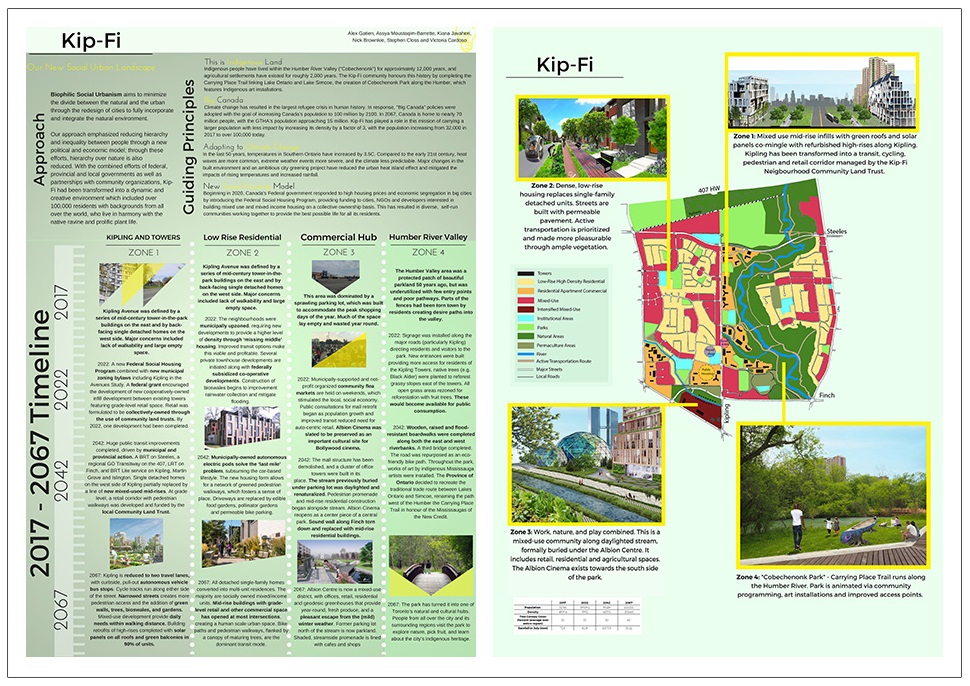 The jury recognized the team that framed the problem most clearly. The winning proposal offered a coherent and actionable framework which carefully considered the engagement of multiple levels of governance, sectors and actors. Some of the noteworthy aspects of the proposal are:

CONGRATULATIONS TO THE WINNING TEAM!

This design competition is part of ongoing design-research, teaching and knowledge mobilization among Canadian and Dutch academic institutions and private and public sectors around the topics of resilient cities, environmental and social sustainability, climate change mitigation and adaptation, green infrastructure and the retrofitting of social and affordable housing. The purpose is to identify design research gaps and opportunities, and generate innovative ideas for further exploration.

Some of the most vulnerable communities in Canadian cities live in aging apartment towers built during the postwar decades. The Toronto area alone contains 2,000 postwar towers — the second largest concentration in North America — with more than a million residents. Built in greenfields, often alongside Toronto’s ravine systems, these neighbourhoods were designed to provide high quality housing according to modernist design principles.

Once state-of-the-art, these neighbourhoods have not been adapted to meet today’s housing, urbanism and sustainability standards, and are often isolated from transit infrastructure, fresh food, employment opportunities and social services. The connections to adjacent ravines have been largely paved over to make way for parking lots.

The transformation of these buildings and their surroundings will play a critical role in the capacity of Canadian communities to realize sustainable urbanism, climate change mitigation and adaptation goals, and social resiliency — all keys to ensuring the future of our urban centres.

North of Finch on Kipling Avenue is one of Toronto’s most significant apartment tower neighbourhoods. Home to 13,000 people living in 19 towers, it is among the largest apartment clusters in the Greater Toronto Area, with nearly three times the density of a typical downtown neighbourhood.

Situated along the picturesque Humber Valley, this neighbourhood exemplifies a uniquely Toronto phenomenon: the “tower on the ravine.” A product of 1960’s planning, the area is defined by its separation of uses. It consists of a predominantly residential strip along Kipling, with institutional and commercial cores to the south, infrastructure corridors to the north, and bordered by larger industrial zones.

Students were challenged to submit a visual and informative proposal that:

Proposals were scored against four criteria:

PLENARY SESSION: This session set the background for the competition and presented relevant government, non-government, professional and academic programs and initiatives. The panelists and jurors represented both Canadian and Dutch perspectives.

DESIGN CHARRETTE: This intensive design workshop provided a forum for the exchange of ideas among students and experts in preparation for the design competition.